Bitmain recently released a new ASIC miner for the SHA-256 algorithm with a hash rate of 198 TH/s, the most potent Bitcoin cryptocurrency mining equipment available. The new model will also feature Bitmain's Artspace HK3 mining container and will feature "the latest liquid cooling technology." Antminer S19 Pro+ Hyd is the current expansion of Bitmain's 19 series ASICs. Also, the S19 Pro+ Hyd is not the most energy-efficient solution as the energy efficiency is only 27.5 J/TH. In comparison, the S19 XP model can deliver 21.5 J/TH, or 28% less consumption per 1TH of S19 XP. 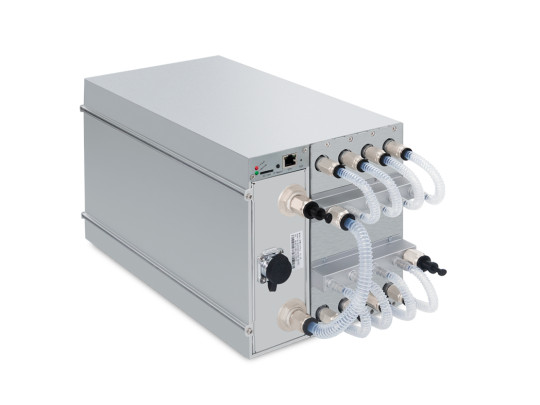 The idea behind creating the S19 Pro+ Hyd is to create the most powerful Bitcoin mining ASIC miner by choosing a successful current generation ASIC chip that will maintain a higher frequency, generating more hashrate due to inefficiency. In fact, due to the increased power consumption, the S19 Pro+ had to abandon the usual air cooling and install liquid cooling.

Liquid cooling, which allows miners to immerse in a non-conductive and fully biodegradable synthetic hydrocarbon liquid, has become increasingly popular as an alternative to traditional air cooling.

NOTICE
This is an original piece. Reproduction in whole or part without written permission is prohibited.

Articles in this section

COMPLAINTS & SUGGESTIONS
If you have any dissatisfaction during the transaction or have valuable suggestions for us, please contact us via this email address:

[email protected]
Here is a list of scammers who scamming our customers, if you are chatting with them, please stop chat and let us know immediately:
Telegram:
@Zeusminingcrypto
@ZEUSMININGCRYPTOOFFICIAL
@bearacong

The scammers will change the accounts when they know they are exposed. So please be sure we only have these legal contact accounts which this page: https://www.zeusbtc.com/Contact-us.asp